Almost all of us have suffered from headaches of varying frequency and intensity, ranging from tension headaches, Migraines or Cluster headaches). The pain can last for hours and even days and cause dysfunction.

Migraines are the most severe type of chronic headaches. It affects 1 in 4 women, four times more than men, probably due to the effect of female hormones, since many experience migraine attacks near the onset of menstruation.  90% of sufferers report that the first attack broke out before they turned 40. In the US, migraines are ranked 19th on the list of conditions that cause functional disability as about 36 million working days are lost each year due to a headache (1).

Migraines usually appear in the forehead or on one side of the head. They are often accompanied by symptoms such as nausea, vomiting, or increased sensitivity to light, noise or smell. Some migraine sufferers have early sensations called aura, which include flashes of light, black dots in the vision field or stiff sensations in neck, shoulders or limbs. The aura can also appear during the onset of the headache. The frequency of migraine attacks can vary from several attacks per month to one every few months.

The exact cause of migraines is unknown, but it is thought that inflammatory processes in the nervous system lead to a change in blood flow to the brain that cause pain. In addition, low levels of serotonin, as well as changes in hormone levels that occur around menstruation, during pregnancy and menopause, can contribute to the development of migraines.  Other contributing factors include emotional instability (stress, anxiety, depression), fatigue and insomnia, and of course an irregular diet or one that includes migraine-inducing foods (alcohol, caffeine, chocolate, yellow cheese and more). A genetic component also exists - if one or both parents have a migraine, the chances that their children suffer from migraine attacks are also relatively high.

So how are migraines treated?

There are many medications for the treatment of migraines, and they are divided into 2 main categories:

• Painkillers drugs, from the family of non-steroidal anti-inflammatory or NSAIDs (Advil, Neurofen, Aspirin), Paracetamol (Akamol) or Triptans (Rizalt, Zomig, Rilert), intended for treatment during the migraine to stop its development

• Prophylactic (preventative) drugs, from the family of CGRP protein blockers –intended to reduce the frequency and intensity of seizures

Some medications have significant side effects and some are not recommended for use during pregnancy, breastfeeding or for people at increased risk of stroke or heart attack. A study from Denmark published in 2017 and involving 29,000 patients found that the use of NSAIDs such as Neurofen, Advil and diclofenac, increased the risk of cardiac arrest by 31-50% (2). A study from Canada that included 446,763 patients showed similar results with even short-term use of up to 7 days (3).

Beyond medication, it is recommended to live a lifestyle that will help prevent seizures by reducing stress, ensuring good sleep, moderate physical activity and dietary choices that deemphasize foods known as headache promoters.

How can Chinese medicine treat migraines?

Chinese medicine has existed for over 3,000 years and includes acupuncture, herbs, nutrition and manual methods such as Shiatsu and Tuina.  According to Chinese medicine, the main organs involved in migraine are the liver, gallbladder and stomach. Migraines associated with the liver meridian will mainly manifest in pain on the sides of the head and pressure in the temple area. Such a migraine is typical of people who suffer from mental stress and anxieties, and can also be accompanied by visual impairment. When the migraine is related to the stomach, the pain will be more pronounced in the front of the head, around the forehead and eyebrows. The migraine may be accompanied by nausea or vomiting. After an accurate diagnosis of the type of headache, a tailored acupuncture treatment protocol will be chosen.

Acupuncture has been shown to be very effective in both the short and long term in the treatment of migraine and headaches, and without any side effects.

Two important studies by the Cochrane Organization included more than 7,500 patients suffering from headaches due to stress or recurrent migraines (4-5). The researchers concluded that 6 acupuncture treatments were more effective than placebo ("dummy") acupuncture or conventional medication for these patients in reducing pain intensity, as well as reducing by 50% the amount of migraine attacks.

As a result, the British National Institute of Health and Clinical Excellence (NICE) has issued guidelines for the preventive treatment of migraine, which recommended a series of 10 treatments over 5-8 weeks (6). Further studies have shown that patients treated with acupuncture consumed fewer painkillers compared with the control group receiving placebo acupuncture or conventional therapy (7).

You do not have to continue to suffer from migraines!

With Brussels Sprouts and Mallow, this is probably the tastiest and healthiest salad you'll make

How breakfast will help you lose weight, sugar and fats

Sweet and Boosting, for a Happy New Year

Black/Purple is the New Healthy Soup

Delicious salad that will get rid of your cough and phlegm

Millet, the wonder grain, in amazing vegan baked patties that kids will love too

A delicious, healthy and colorful salad in accordance with the fire element of summer

A Tale of Chestnuts – Winter, Chinese Medicine & Lower Back Pain

Diabetes - Do you have an hour to find out how you can treat it from the root? 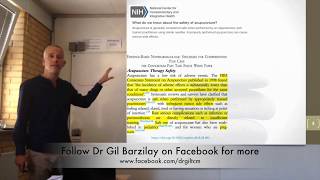 How Safe is Acupuncture? In Perspective

An Autumn Protective and Balancing Side Dish 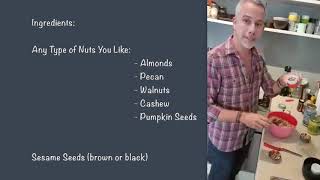 Make Granola In 20 mins - Your Way

Chickpeas Dish that will "fix your brain"

Sweet bite – End of Summer in its Glorious Red

Goji Berries for everyone....

Royal Breakfast For the Weekend In Max 30 minutes

So many colors in Miso for Thanksgiving

A perfect spread for the winter dryness